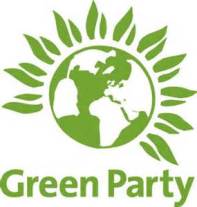 Green Party Loyalists – some of whom reside in Avalonia – are deeply wedded to the notion that a political party is needed as the cutting edge of an otherwise blunt, wider green movement.

The Loyalists pledge die-hard allegiance to a grouping known as the ‘Ghost Cabinet’ – an inner party committee that currently shadows the Labour Party’s ‘Shadow Cabinet’, which in turn (and outside of Avalonia of course) shadows the Cabinet of Her Majesty’s current government.

Having created a Ghost Cabinet, many Loyalists have spoken loyally as to why they needed take the ‘next logical step’ and create the post of Party Leader (i.e. Ghost Prime Minister). The argument proffered was that the Party needs a Leader so that the Queen will know whom to invite for tea at Buckingham Palace when they win a thumping great majority in Parliament at the next election (or perhaps, at most, the next election after that).

All aspiring leaders within the Party are thus carefully scrutinised by Loyalists as to their table manners. But this has been the downfall of more than one candidate: Iron Sid for example, whose years in the wild Welsh mountains took their toll when his predilection for skinning rabbits with a six-inch Bowie knife proved totally unacceptable to the Loyalist-dominated selection committee.

The leadership question is controversial. The Post-Cataclysmic Re-constructionist wing of the Party, for instance, have dismissed the invitation-to-tea argument out of hand, saying that after the Cataclysm there’ll be no Parliament, no Buckingham Palace, no Queen and certainly not any cups, saucers or cucumber sandwiches.

Shaken by such internal wrangling, Green Party Loyalists have been in the doldrums of late. Their mood was not improved by the humiliating failure of the Party’s largest publicity offensive for some years. The culprit was a leaflet whose front panel, delighting the Party’s enemies, simply said “Green Party – What’s the Big Idea?” Although its inside pages offered convincing answers to this question, most readers never got this far, having already fallen off their chairs laughing at this unintended but self-inflicted put-down.

The Party’s future plans now rest on what a leading figure described, in another unfortunate turn of phrase, as a “bottom-up strategy”.