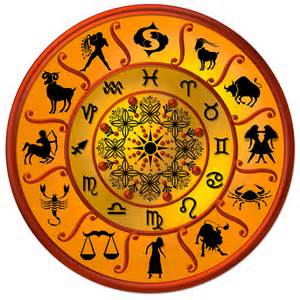 In Avalonia they’re big on Astrology – and getting bigger all the time since interest is booming. As one local astrologer said: “… when it comes to our stars, the sky’s the limit.”

This boom was confirmed by a local newspaper (The Central Somerset Garotte) which, under the headline ’Alternative’ Businesses Boost Job Figures, reported that:

“A rush of new businesses, mostly in sectors usually described as ‘alternative’, have been transforming the local employment rates according to the latest figures released by the Ministry of Retrenchment. They reveal that out of a record 50 new jobs ‘created’ in the area … there were: 29 astrologers (our emphasis), 11 workshop leaders, 19 New Age Gurus, 8 wholefood businesses, 16 therapists and 23 anarchist revolutionaries working to overthrow the State.”

Many Avalonians (especially the anarchist revolutionaries) quite openly check their aspects and transits for the day before sitting down to breakfast. In justification they point to the woman who, being a Piscean anarchist, decided one day to wait till elevenses before checking her starry portents. She thus munched her Rice Krispies in total groklessness of Neptune’s retrograde motion semi-sextile to her natal Moon in the 8th House, choked on the “free gift with every cereal box” (a miniature plastic fish) and thereby effected an early arrival in that great autonomous confederacy in the sky.

The Star-Gazers follow a tradition – stretching back to Chaldea, Babylonia and ancient Sumeria – which is almost as long as the Avalonian Chief Astrologer’s beard.