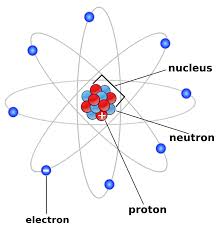 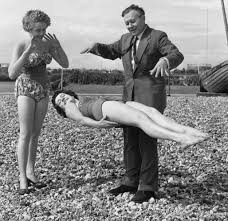 Every material thing is made of atoms. Even a small chunk of ‘thin air’ the size of a sugar cube will contain – at sea level and a temperature of zero degrees Celsius – around 45 billion billion atoms.

But of course each atom is tiny. Comparing one to a line that’s just a millimetre long is about the same as comparing a sheet of paper to the height of the Empire State Building. And if you wanted to see with your naked eye the atoms in a single drop of water, you’d have to somehow enlarge that drop until it was more than 14 miles across.

But even atoms, small as they are, are mostly empty space – the solidity we experience around us is an illusion. If an atom was the size of a cathedral, the nucleus would only be roughly the size of a fly in the middle.

So when you sit in a chair, you are not actually sitting on it but instead levitating above it at a height of one angstrom (a hundred millionth of a centimetre) …. because your body’s electrons and those of the chair are implacably opposed to any closer intimacy.