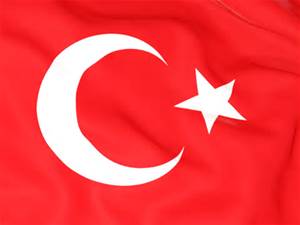 Following the recent ‘coup attempt’, President Erdogan, who won the presidential election by virtue of his governing party taking state control of much of the Turkish media, is now moving to undermine the other essential pillars of democracy, most notably an independent judiciary.

More than 60,000 people have been detained, dismissed or suspended from their jobs. These include nearly 3,000 judges (many of whom will no doubt be replaced by Erdogan supporters), with 140 arrest warrants issued against members of Turkey’s Supreme Court and the vice-president of the Constitutional Court. And a formal ‘state of emergency’ has been declared, which allows the president and cabinet to bypass parliament when drafting new laws and to restrict or suspend rights and freedoms. Already it’s been decreed that people can be detained without trial for up to 30 days.

Meanwhile, Erdogan’s Islamist supporters have been out on the streets chanting “God is Great” … the ill-omened cry we’ve heard so often over the years from a range of Islamic fundamentalists in a variety of countries.

No doubt these supporters were encouraged some years earlier, when, prior to his becoming President (and three years before he became Prime Minister) Erdogan publicly read a nationalist poem including the lines:

“The mosques are our barracks, the domes our helmets, the minarets our bayonets and the faithful our soldiers.”

The ‘coup-attempt’ was highly (and suspiciously) convenient for Erdogan, giving him the excuse he’s been waiting for to further undermine and weaken his political opponents. The resultant purge has so far affected the police, schools, the judiciary, the armed forces and the provinces. Using lists that were clearly pre-prepared (the purge began instantaneously, well before any investigation could have possibly identified such extensive numbers of people), nearly 3,000 judges have been suspended, whilst 6,000 members of the military (including more than 100 generals and admirals) were arrested and more than 3,000 dismissed. Around 8,000 police officers have been sacked, along with nearly 9,000 interior ministry staff and some provincial governors.

Parts of the media – those that were not already under state control – are also being targeted. So far, 142 media outlets have been shut down, including 16 TV channels, 23 radio stations, 45 newspapers, 29 publishers, 15 magazines and 3 news agencies. Detention warrants Larbeen issued for 89 journalists and reporters.

The ‘purge’ goes further still. More than 1,200 associations have been shut down, along with 19 trade unions and 35 medical institutes. Even more ominously, the government has closed 19 universities and more than 1,000 schools. It has also suspended over 15,000 education staff, with more than 1,500 university deans ordered to resign and the licences revoked of 21,000 teachers working at private institutions.

All in all we may justifiably surmise that what is essentially happening is the arrest, dismissal or suspension of those known to be (or suspected of being) politically opposed to Erdogan. No doubt there are more detentions and dismissals to come. Suddenly, in today’s Turkey, political opposition to the government is edging towards being branded a crime.

It’s obvious that Erdogan is a man who doesn’t believe in ruling on behalf of all the Turkish people, but only on behalf of those who (supposedly) elected him as President. In this he makes the most fundamental mistake of all concerning democracy, believing it instead to be a battle for the right to supress those who ‘lost’ the election.

Meanwhile he sits in his new presidential palace – bigger than the White House or the Kremlin and costing many hundreds of millions of pounds – and contemplates bringing back the death penalty.

Looking at the wider picture, Turkey can no longer be considered anything even close to being a reliable member of NATO – and indeed is now in serious breach of one of NATO’s stated fundamental objectives, namely to promote democratic values. And the prospect of Turkey being allowed to join the European Union is now further away than ever – decades away at least.

The sad truth is that it’s now unlikely that any truly democratic election will ever be permitted in Turkey whilst Erdogan and his fellow Islamists remain in power: state control of the media and other agencies vital for democracy will see to that.

So unfortunately, and unless the liberal and secular peoples of Turkey can somehow oust Erdogan from power, Turkey will continue its rapid slide towards an Islamic dictatorship.