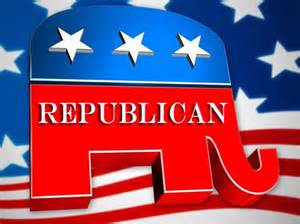 In their world, women are seen mainly as mere sexual objects to be ogled, groped at will, degraded, demeaned and worse.

In their world, guns and violence are glorified … as are ‘strong men’ like the Russian President, Vladimir Putin.

In their world paranoia, conspiracy theories and extreme gullibility run riot. The dangers of Hurricane Mathew are cast as a conspiracy-hyped threat to scare people into believing in global warming and climate change. If Trump loses the election, this result is already being framed as a rigged vote. And the dwindling support for their brand of idiocy is explained by things like:

“Men aren’t men anymore. Testosterone levels have been dropping, and men are getting weaker every generation. Some people will tell you it’s just because they’re pussies, but the truth is the water is polluted. Look into xenoestrogens.”

The tragedy for the Republican Party is that, bit by bit, it has allowed this motley, insular crew to take over large chunks of their organisation. Even worse, it didn’t even need to pander to these idiots because their votes have nowhere else to go except the box marked ‘abstain’ … and most of these people are too driven to go there.

And by its unreasoning, unbending and extreme hostility to pretty much everything that Obama has tried to do, the Republican Party – through its control of the Senate and the House of Representatives – has created a virtual paralysis of government in the USA for the last eight years and created an atmosphere of bile, division and vitriol that has only further encouraged the extremists out of the woodwork and into the world of Trumpism.

And so came the bitter fruits of their labours: the most unelectable, most unfit-for-President candidate in many, many decades, perhaps ever. This swaggering blow-hard, the puffed-up con artist, the narcissist, the crude, mean-minded man of small wit and large insult … the man who actually brags about his ability to sexually molest women and get away with it.