Your body, Shakespeare and Cleopatra 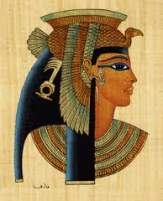 Most of the atoms in our bodies came out of the Big Bang many billions of years ago.

All of the stars in the night sky were born from the same stuff … and when our bodies die they will one day become the fuel of future stars.

The cycles go deeper still. Carbon is the basis of life on Earth and nitrogen makes up 78% of our atmosphere. These elements were formed in stars, some of which blew off their outer layers to create vast clouds of ionised gas. As these clouds expanded across space, they enriched our Galaxy with carbon and nitrogen atoms … and some of these joined the clouds of gas and dust that eventually gave birth to the Sun and Earth.

Each of us today is partly made from these same atoms (along with those from the Big Bang). Along their way to becoming part of you, these atoms have almost certainly passed through several stars and been part of millions of living organisms.

Our bodies each contains vast numbers of atoms (around seven billion billion billion). These are so vigorously recycled when we die that a significant number – up to a billion for each of us it’s been suggested – probably came from Shakespeare’s body, and a billion more each from Cleopatra, the Buddha, Queen Elizabeth I, Ghengis Khan and so on.

From the Big Bang to stars, from stars to Shakespeare’s body, from his body to yours … and eventually from your body to future stars. That’s some journey.